I am a big fan of Korum products, always finding them well thought out and reasonably priced (hint, hint Mr Korum....). My latest Korum purchase is a pair of their "Butt Cups" (not plugs as my wife unkindly suggested!). 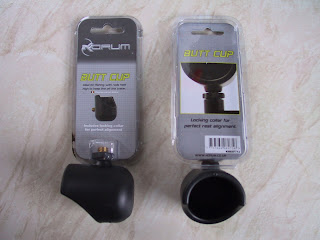 They are similar to the plastic Solar B-Cups, with a locking ring. Should be ideal for when I have to get the rods up high (I have got a tripod, but prefer the flexibility of rod rests).

Another trip to a new section for me, this time on the Derwent near Draycott. Spent an hour having a wander and getting my legs pricked and stung peering over the high banks. Saw plenty of chub amongst the streamer weed, but again barbel were the target. Settled for a swim at the bottom end of a steady section that shallowed up into faster water. 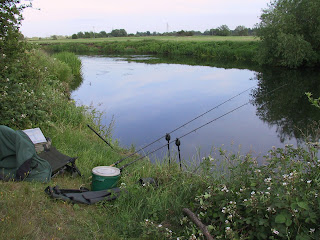 Nice!
The bailiff came along just after I'd got sorted and my choice of swim was vindicated when he said that a group of barbel usually hung around in the shallows, then moved into the deeper water to feed when it got dark. So it proved, with just a few chubby rattles before sunset. Bailiff had just returned from his rounds at around 1030 pm when the left hand rod shot round resulting in a pristine 8lb 10oz barbel. 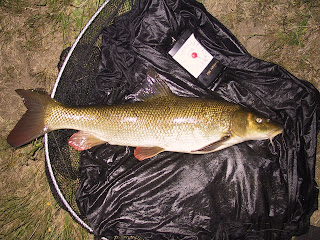 First barbel of the season

This one was shortly followed by two more barbel of 8lb 1oz and 7lb 6oz before it all went quiet again, presumably when the rest of the group moved on. All the fish came to Sonubaits 16mm Hali-hookers and were nailed fair and square in the bottom lip or scissors by the size 8 Korda widegape, proving that I'd just been unlucky at Swarkestone. Packed up a happy man at about 1230 am.

First outing on the rivers this season. Headed down to the Trent at Swarkestone hoping for a barbel and ended up at the bottom end of a new section for me. Found a nice spot on the outside of a bend, fishing over the top of streamer weed. Fished away happily for a few hours, only bothered by floating weed (lots of it!), curious and slightly scary cows (given their occasional whim to trample you for fun) and the occasional suicidal chub. 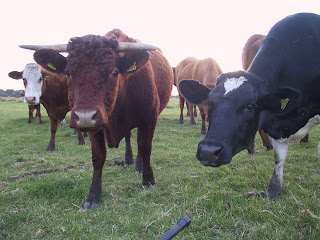 Stupid, but unpredictable!
Wound in the downstream rod as it got dark to concentrate on the other and had a proper wrap around bite shortly afterwards. The fish shot off downstream then stopped, forcing me to haul it back upstream. It was wallowing around feeling heavy and I was just imaging a big old girl with her pectorals spread out against the flow when the hook pulled out. The chub I had earlier had been well and truly nailed by the Korda widegape, so I guess I was unlucky. That was the end of the action as far as I was concerned. Stumbled back to the car avoiding cowpats, having made a mental note to return soon. 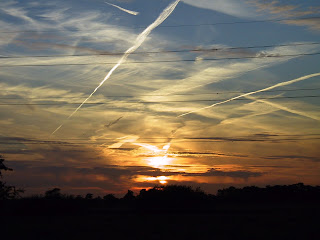 The end of the longest day