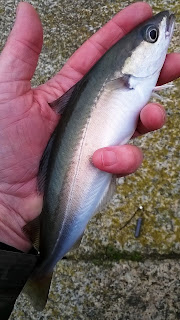 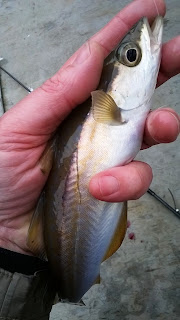 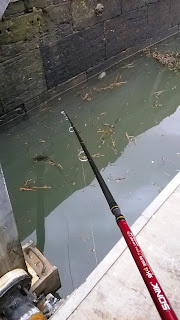 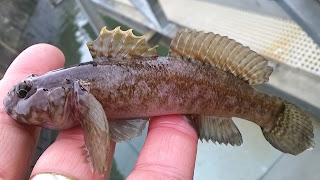 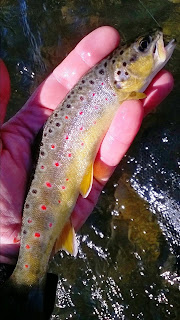 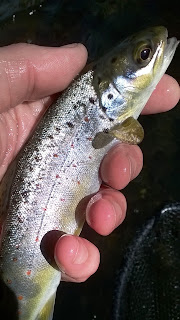 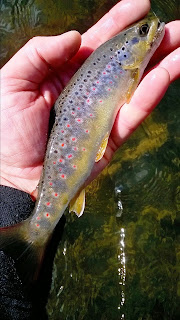 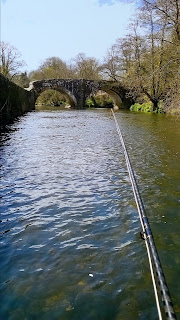 Had a few minutes leaning up against the wall and giving the water a good scan. Despite the apparent abundance of fly life the rises I did see were very sporadic and random. Didn't seem much point in setting up the Tenkara, so carried on downstream taking one last fish on the point fly as it literally dangled under the arch of the bridge. The last trip of the week saw another venue and another change of tactics. An early morning low tide saw me down at Lawrenny with the lure rod after a bass. It was slack water and flat calm when I first got there, so started off with a surface lure, switching to my favourite Megabass  X-120 once the tide started moving and a breeze had picked up, rippling the surface. Used the tactic of having a "teaser" fly 3 feet up the leader from the lure that had been successful last year. However, despite thrashing he water for about two hours I didn't have a single touch! Left a bit disappointed, but hopeful that on my next trip it'll be a bit warmer and that the fish will be a bit more responsive. Roll on May!
Posted by Toodle No comments: