Apart from a couple of sessions with the lure rod, this winter has been very lean indeed when it comes to fishing. The constant rain hasn't helped, often dashing hopes just as conditions were looking suitable and I became all but addicted to XC Weather and the Environment Agency river level graphs. Finally, after a period of relatively settled weather, the local rivers started fining down to "normal" winter levels, so I decided to take advantage of a favourable window in the weather to do a spot of piking and blow away a few cobwebs. Luckily it seemed I chose a day when they were "having it"! First light saw me heading up the towpath to a section where I'd had a few in the past. Set up the two float-legers as usual, both baited with joeys to start with, but instead of chucking both of them over to boats on the far bank I dropped one in quietly down the near side next to an old reed bed. It was this rod that went off first about 15 minutes later. I was still playing this one out when the rod on the far bank also decided to trundle off. A hectic few minutes of rod-swapping later and I had two pike safely in the landing net. A quick snap and they swam off happily together. 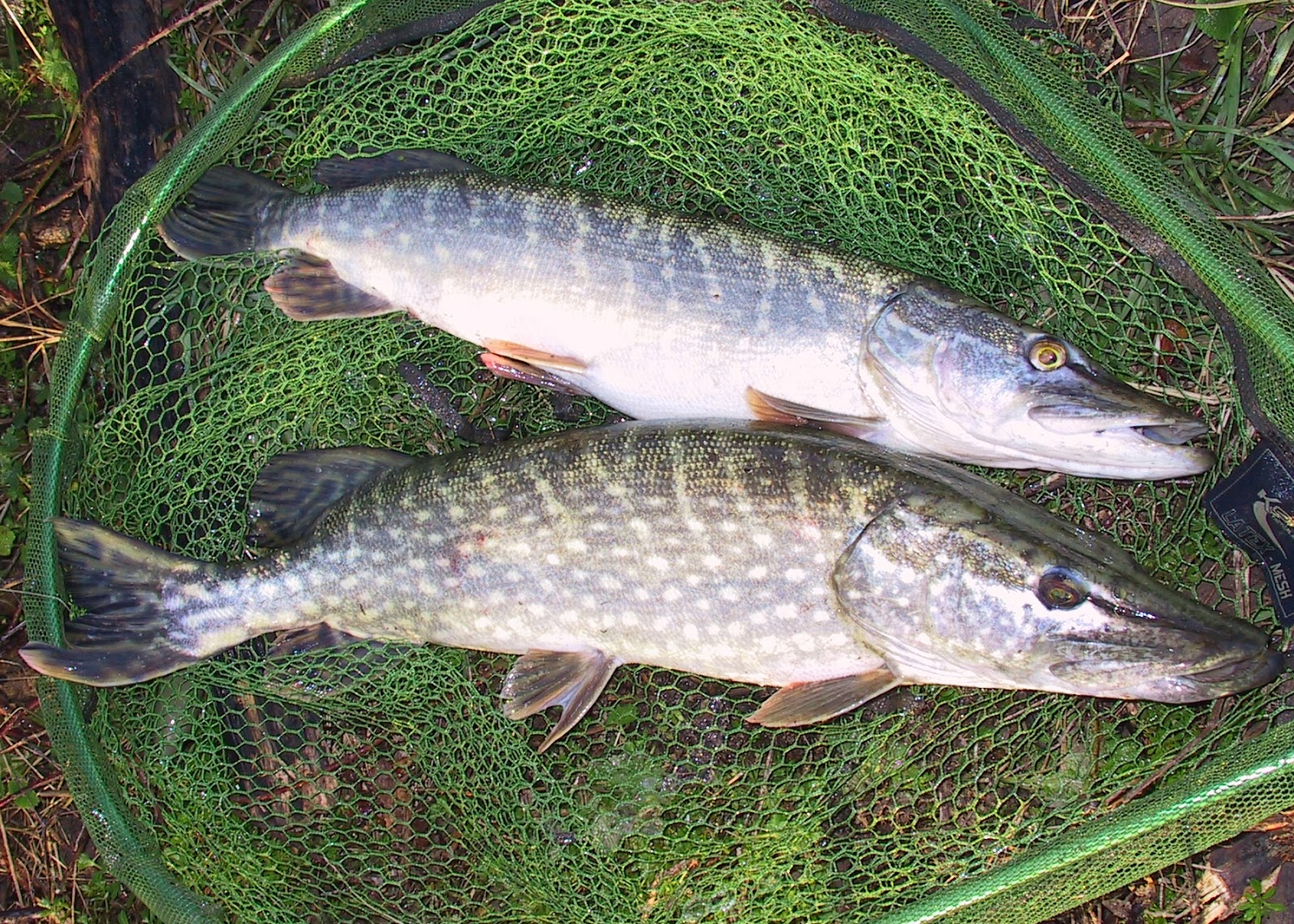 Sorted out the gear and got two more baits out into the same spots. Didn't have to wait long before a better fish picked up the bait down the side. Had just popped that one back when the far bank rod went off again - this time a jack sporting a decent set of jaw marks across its back. Went a bit quiet after this, so leap-frogged the rods down to the next peg. This time the reaction was instantaneous and simultaneous! The drop-off indicator smacked the rear bank stick on one rod just as the tip bent over on the other as fish made off with both baits. Another hectic few minutes of juggling saw two more pike grace the net at the same time, one sporting a head that really should have belonged to a much bigger fish. 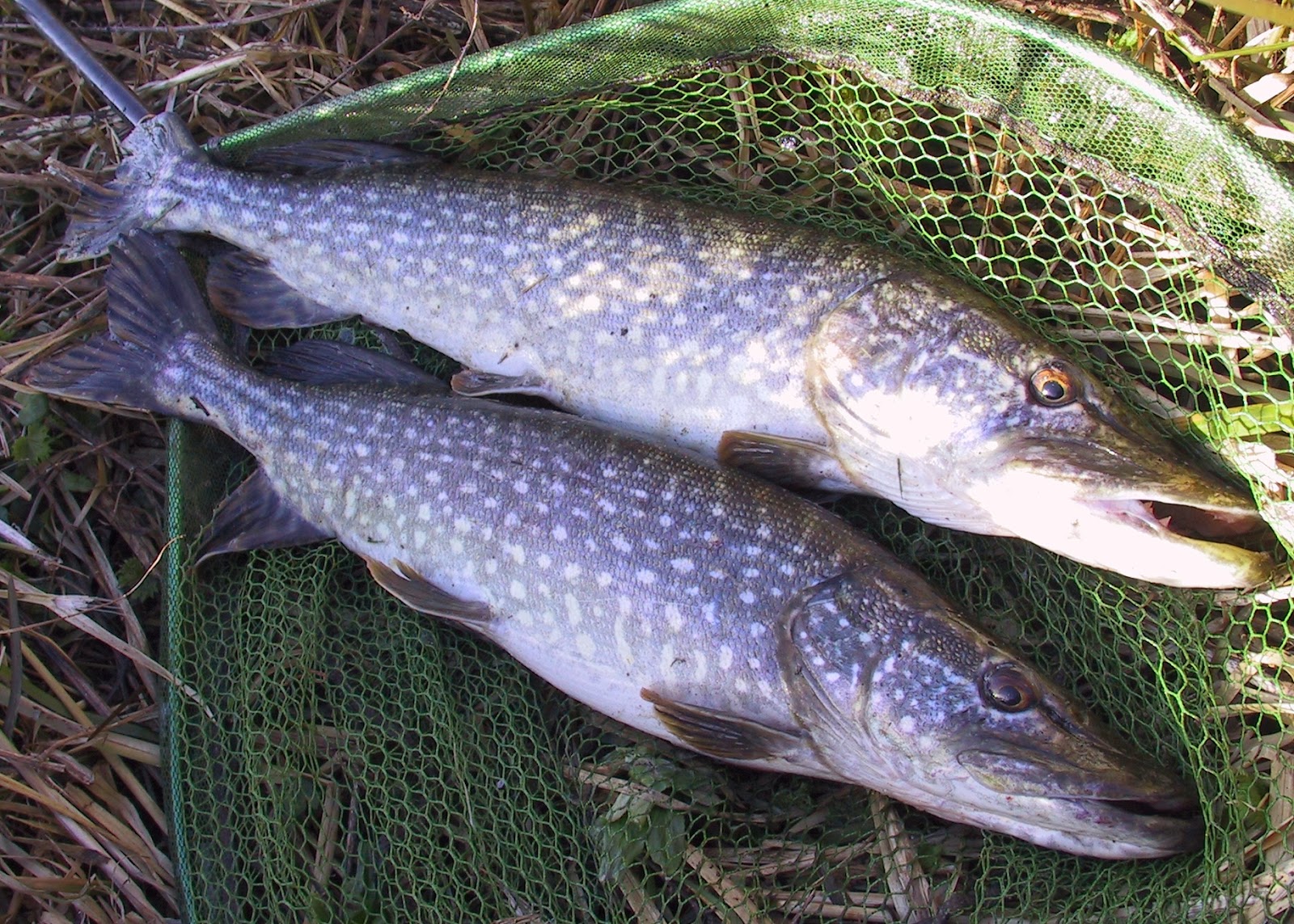 By now I was glad that there was no boat traffic and that I was using semi-barbless trebles! However, I wasn't done there. After half an hour I moved down to the next peg. After a short wait the lamprey section on the inside rod trundled off. As I was playing this one I kept half an eye on the other rod just in case.......and yes, you guessed it!  Soon brace number three was in the net, which included a short, fat, spawny fish of 9lb 1oz. 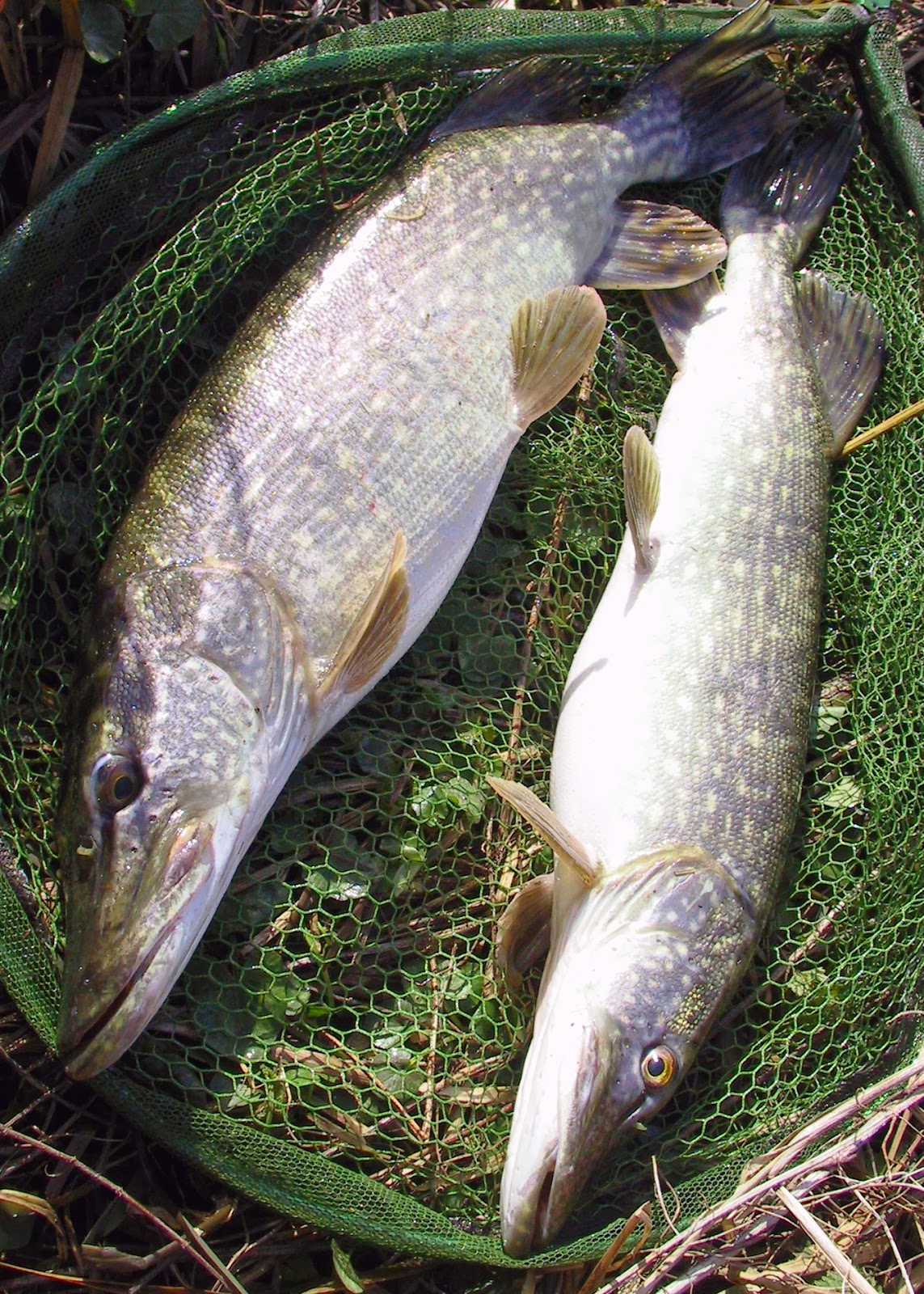 At this stage I'd been fishing for a little over two hours and had eight fish, four on each rod (I won't be ignoring the nearside margin in future). However, amazingly the next two hours passed without another sniff. Not that I was complaining - I was grateful for the rest! A gusty, downstream wind had got up during this time, which had made presentation over the far bank a bit tricky anyway. Also, the appearance of a few boats saw me having to play hokey-cokey with the rods, so I headed home for a well earned and early lunch.
Posted by Toodle 1 comment: