Got a bit stir crazy over the last week - constantly watching the weather forecast and the river levels. A planned trip to the Trent with my mate Tim was aborted after he got stuck in Kings Lynn with work. In the end I decided "you've got to be in it to win it" and threw the gear in the car for another short trip to the River Soar after work instead. Left the office at 1500 hrs on the dot and was at the venue 15 minutes later. The drive over the field was even more perilous than last time, the car sliding all over the place, so I stopped well short of the river. Was therefore nice and warm with the extra walk when I got to my swim to find the river coloured and higher than on any of my previous visits. Still looked good as the increased back eddy had formed a nice crease about two rod lengths out with a little slack on the inside. Soon had two rods out, one with the usual roach and the other with a pre-prepared section from the bloody end of a lamprey. Figured the extra scent trail created would give me an edge if the water was coloured. However, it was the roach that went first about 20 minutes after casting in. Wound down and pulled into a fish that gave a familiar kick. Sure enough, I soon had a reasonable zander on the surface and was just about to net it when.....yep, the hook pulled out! Bit of swearing and a fresh bait later the same rod went off once more. Again, wound down and pulled into a bigger fish. Thankfully this one stayed on, the size 6 Korum S3 lodged firmly in the scissors. Another zander, this one a right fatty and 7lb 9oz on the scales. 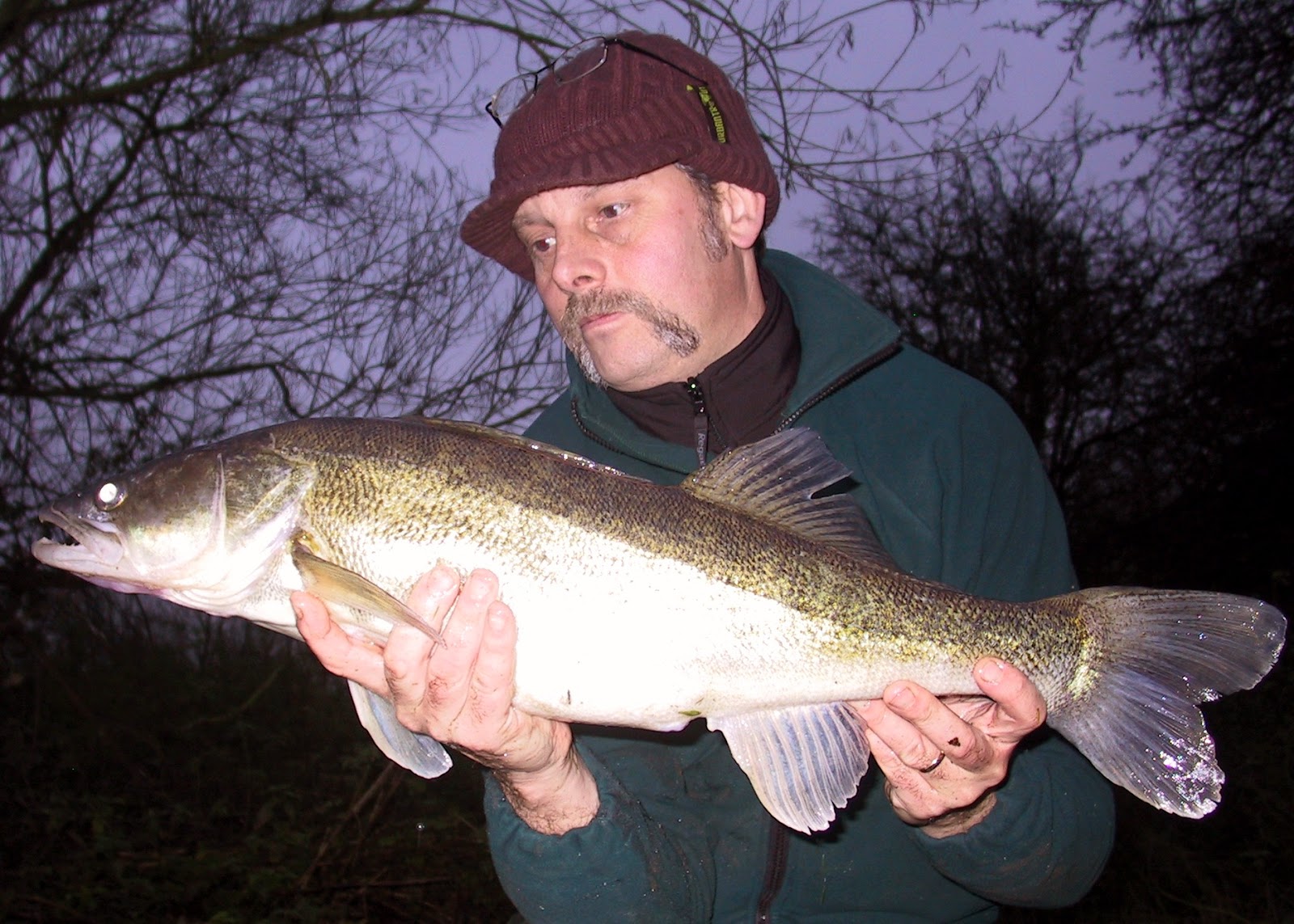 Was watching a Barn Owl hunting over the meadow on the far side of the river in the gathering gloom when something finally came knocking on the lamprey rod. Picked it up, letting the line run out between my fingers before winding down to ...nothing! Stayed for another hour into full darkness, but didn't have another sniff, so was back at the car a little over two hours after I arrived. Had something to think about when I got home. Have had plenty of action over the last four, short sessions, but 12 runs have only resulted in 7 hookups and 5 fish (four zander, one pike) on the bank. The two fish lost at the point of netting were particularly galling. Therefore decided to tie up some traces incorporating a small treble to try out next session. 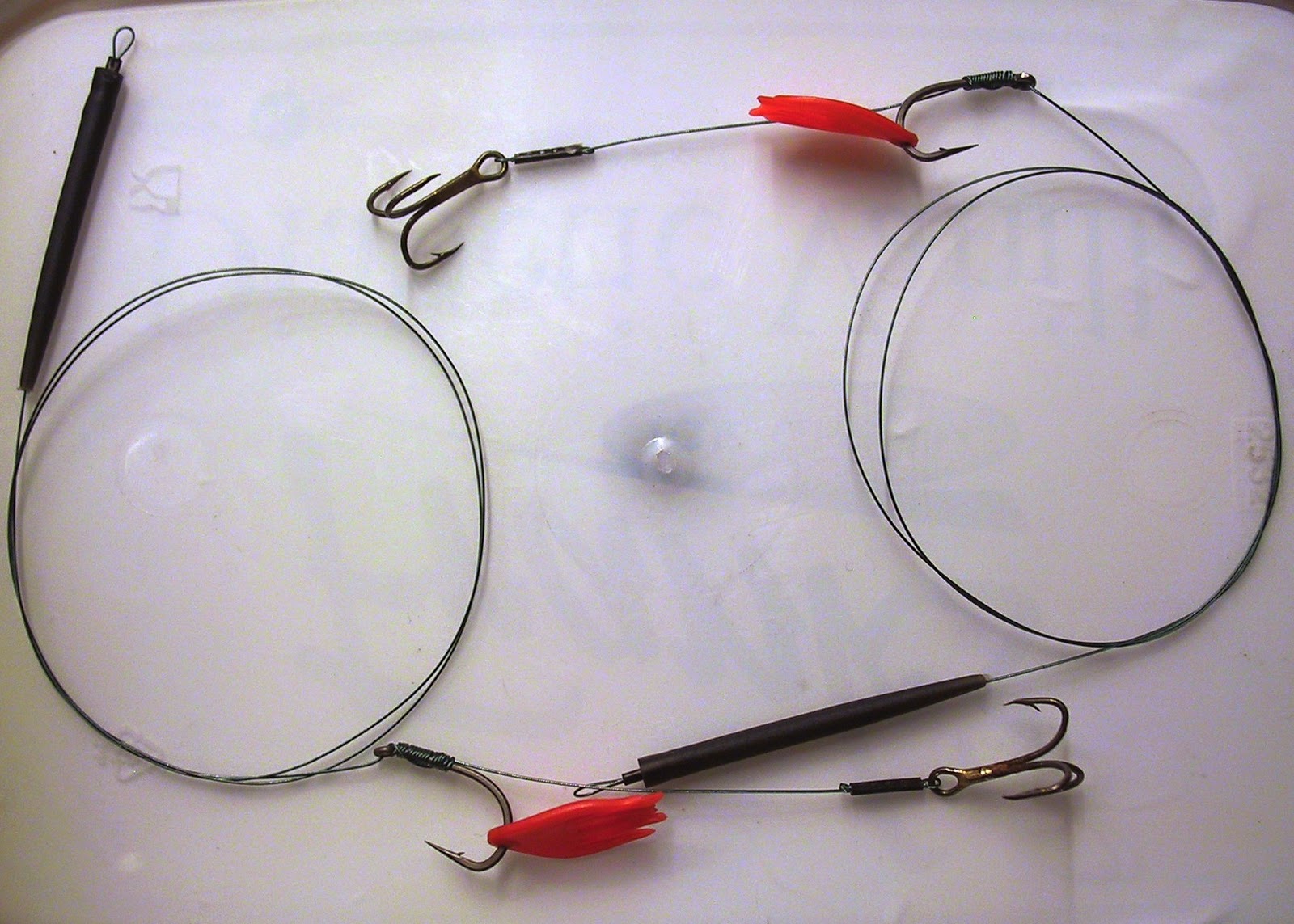 As a postscript to the above, I came across another blog (jimmysfishing) that mentioned Mr Chub's occasional fondness for deadbaits. Made me think back to a pike session on the Trent near Newark ages ago where I was getting seemingly unmissable runs on lamprey. Eventually hooked a chub about 3lb, just snagged on the bottom treble and with the lamprey section sticking out of its mouth like a bit fat cigar. Could be that some of the runs I'm experiencing on the Soar are chub as well. We'll have to see.

Had two more sessions after zander this week and it really was a game of two halves. Was hoping to try the River Trent yesterday, but it was carrying a bit too much water, so opted for the section of the Soar where I'd had a successful debut last week instead. However, in contrast, this turned out to be a very frustrating session. Fished exactly the same bait and rigs as last time on a slightly higher, coloured river. Three takes - nod, nod, nod on the rod tip, line pulling through the fingers, wound down to....nothing! Fourth take, wound down to...a snag! Manage to pull out to feel a heavy fish still attached and kicking on the end. Got it right under my feet and was just getting ready with the net  and...the hook pulled out! Sat there for another two hours without another sniff, so I was absolutely gutted when I made my way home. However, didn't spend too much time licking my wounds as I was back there again today for a quick session after work with newly tied rigs and fresh bait. There was a bit more flow and colour on than the previous day, but it still looked pretty good. This time I had to wait all of 10 minutes before the upstream rod started nodding and I wound down to feel another heavy fish. Played it with kid gloves expecting something to go wrong, but on landing it I found the hook well inside the mouth and not going anywhere. Turned out to be an 8lb 1oz zander with a distinctive split rear dorsal, best from the river so far. 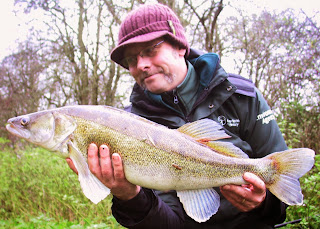 Didn't have any further interest, so didn't spend fruitless hours this time sat in the dark. Two hours after I started I was back at the car and a lot happier than before. They may have just been a bit finicky and me unlucky with the fish I lost yesterday. However, I put it down to my hat! Couldn't find my favourite "Urban Trout" beanie yesterday, so had to make do with the wife's, which happened to be in the car. Unfortunately I suspect there was some bad karma and payback involved given our "friendly" rivalry when it comes to rugby - me being an England supporter and her following the "Land of my Fathers". 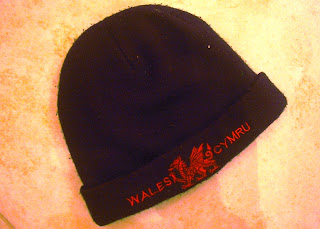 Back home after a week away and the plan now was to get a few more sessions in after some zeds. One from one of my local rivers was a particular target. However, with a few hours to spare on a Sunday afternoon, the first trip was down to the canal. Conditions looked good. The light rain that started as I arrived soon disappeared and it turned into a nice evening. 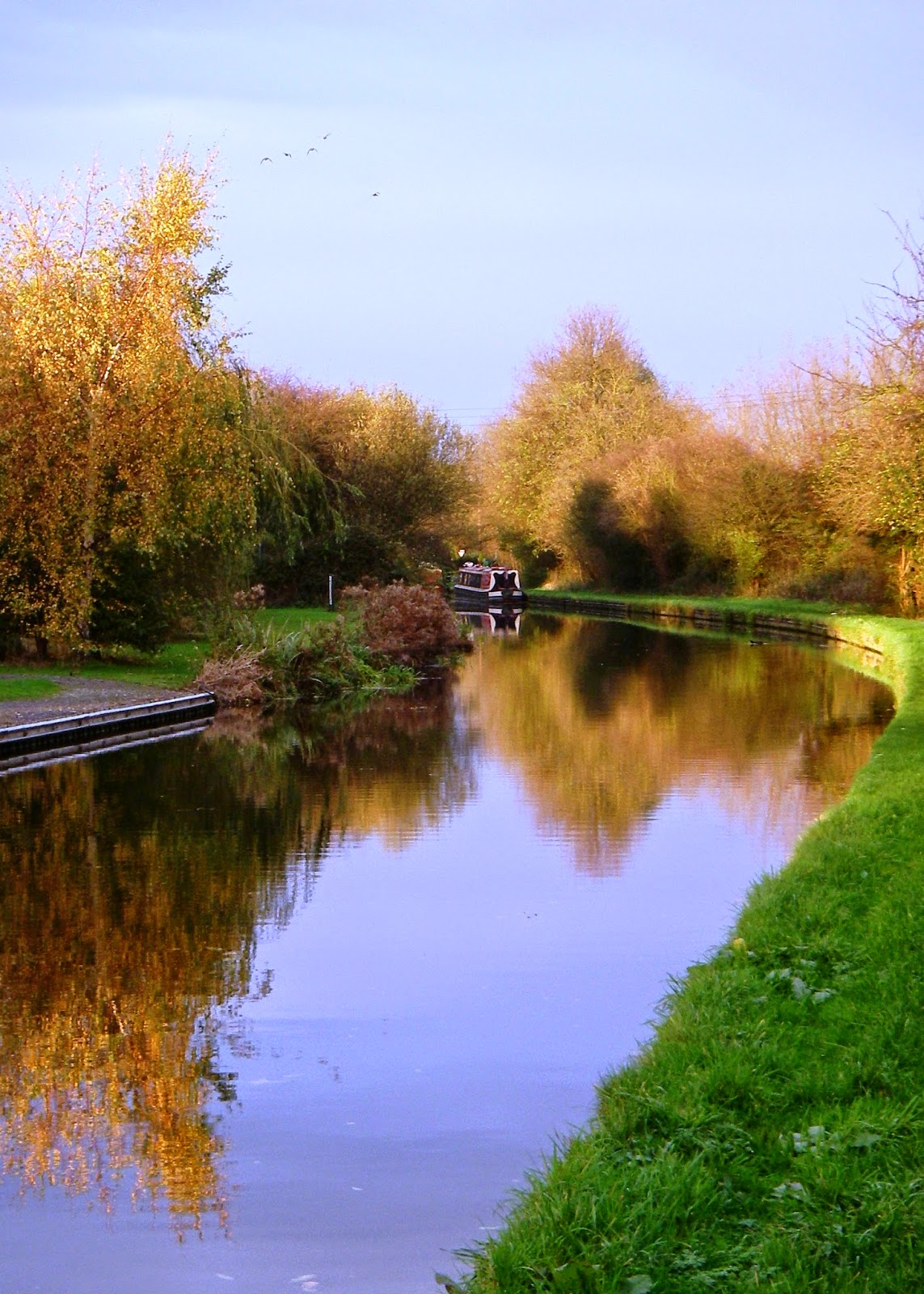 Autumn colours on the cut

Soon had two baits out, hair-rigged roach sections again, and settled down to wait. Thought I'd missed the boat traffic for the day, but had to wind if for one latecomer. A small pike took this as a cue to take the downstream bait, causing a bit of excitement for those on board. 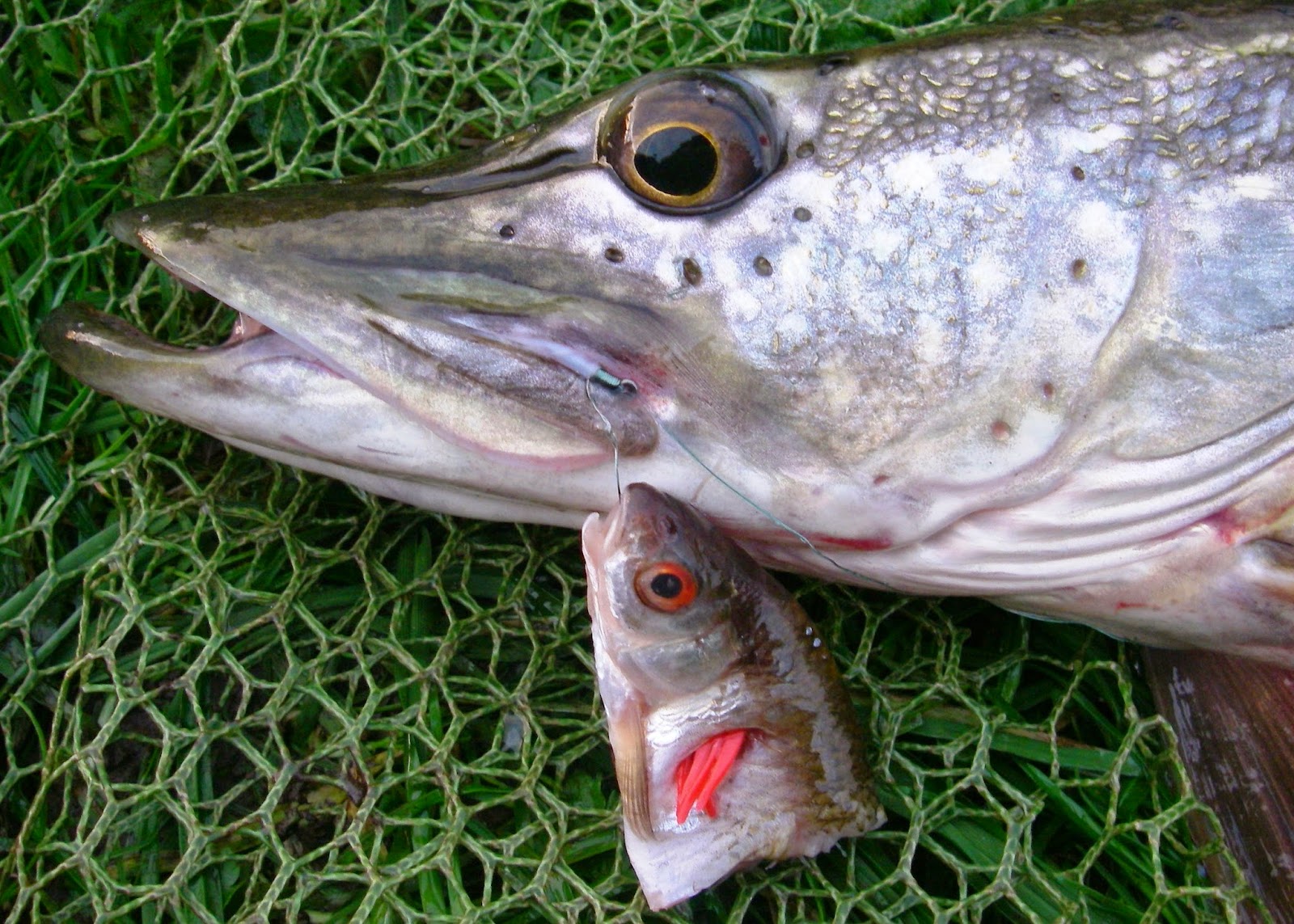 A few fish started dimpling as the light faded and there was an air of expectancy that things would soon kick off. However, it wasn't until it was fully dark that the upstream rod rattled off, resulting in a typical schoolie zander. 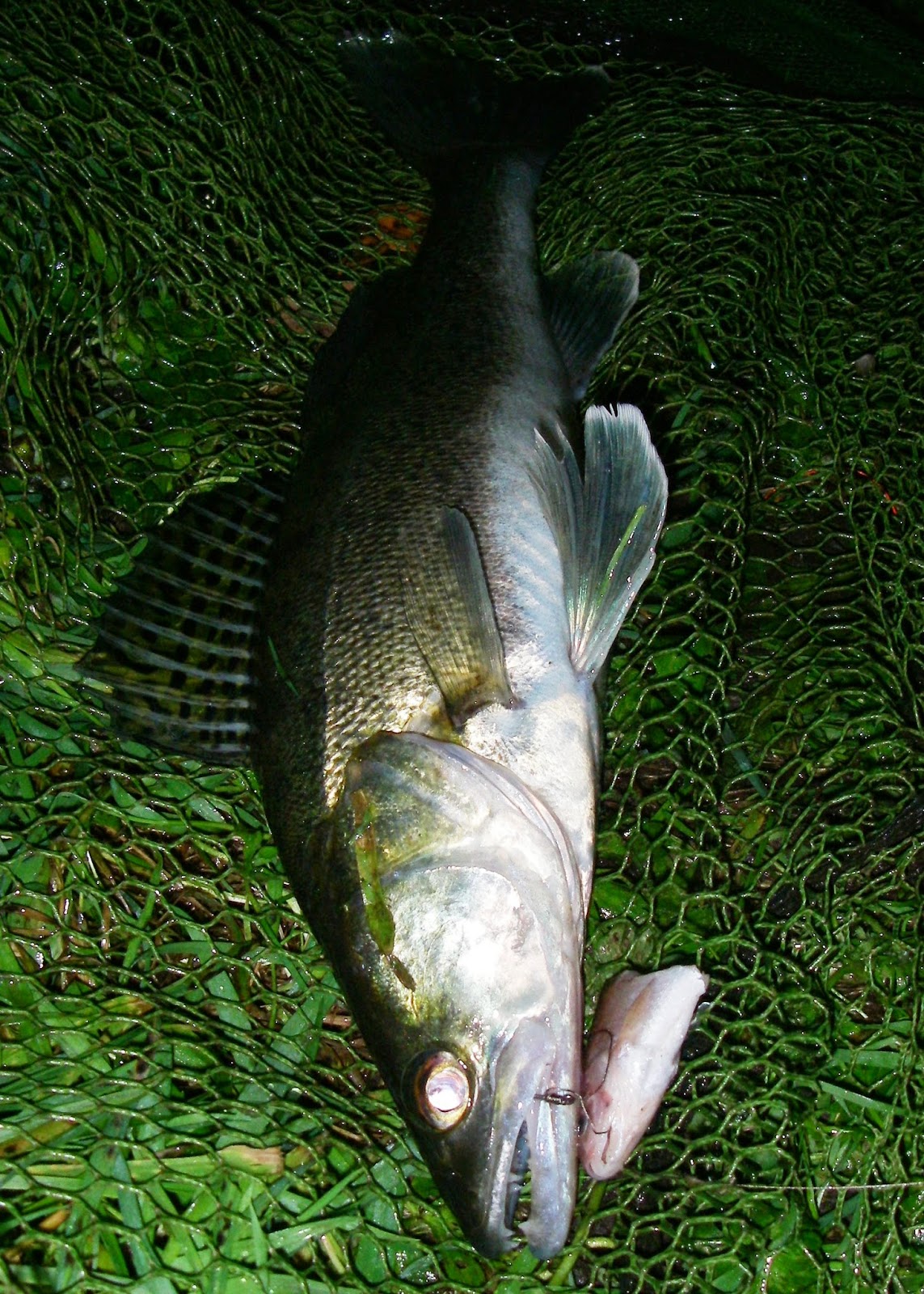 Was hopeful that a few fish had moved into the swim now. However, despite moving the baits around between the far bank, near bank and mid-channel, I could only muster one more before it was time to pack up and head home. Had a bit of a head scratch after tea and perused a few other blogs to see how others were getting on. Saw that the zander hook debate had been raised by a couple of people. I've always been pretty conservative in terms of hook size, preferring to fish half-baits on a size 4 or 6 Korum S3. I also prefer to hair-rig my baits, as in the top of the picture below. Fish are generally hooked in the scissors, as shown in the two photos above. I've had pike to over 15 lbs on this arrangement so a small hook doesn't seem to be a problem. I do fail to connect with the odd fish, but an experimental session with a mini snap tackle made with size 12 Partridge outbend trebles (in bottom of picture below) suggested that these were mini-zeds that were barely able to get the baits in their mouths. Think it basically comes down to personal preference in the end as there seems to be several hooking arrangements out there that work. 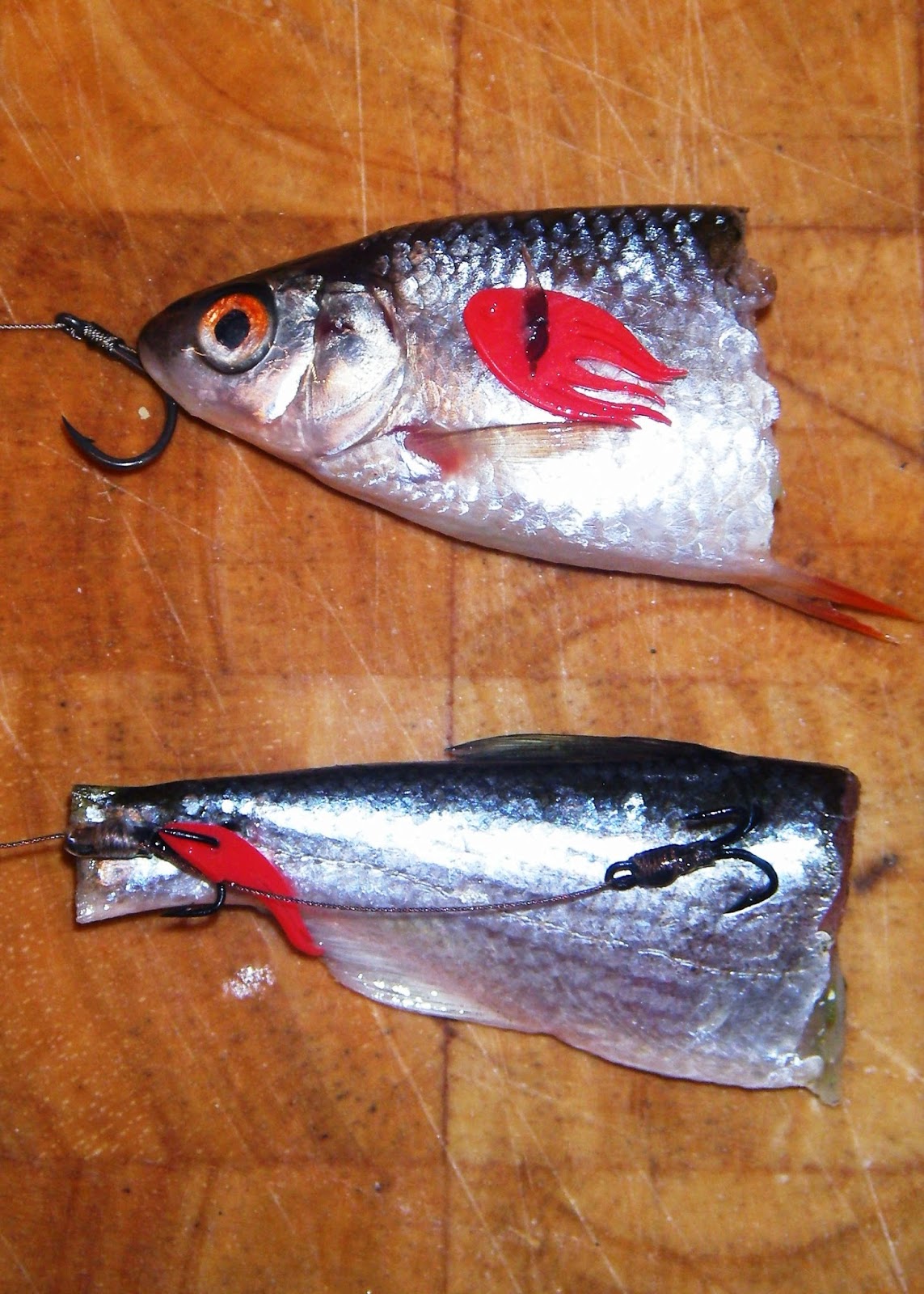 Next session was on a club section of the River Soar that I'd not fished before but one I had already been to have a look at to suss out some likely swims. Arranged to work down in Rothley for the day, leaving at 3 o'clock sharp in order to give myself maximum daylight to sort myself out. Whilst there were a few cars parked up in the field next to the river when I got there, there was nobody at the bottom of the section and I was able to drop into my preferred swim - a deep, wide pool with the flow going past some trees on the far bank. Was trying an alternative approach for this session, fishing with my Drennan Big Feeder rods with 4oz tips and isotopes. Dropped one half bait on the crease near the trees and another down the middle of the river. Didn't have to wait long before the tip on the rod over the far bank started nodding. Unfortunately, there was no resistance when I wound down and I found that the bait had been pulled off the hair. Re-baited and sent it over again. The next time the tip started nodding I was straight on the rod, feeling the line running out between my fingers before I wound down. This time there was something solid on the end - a 5lb 1oz zander to be exact, my first proper "river" fish (drains don't count!). 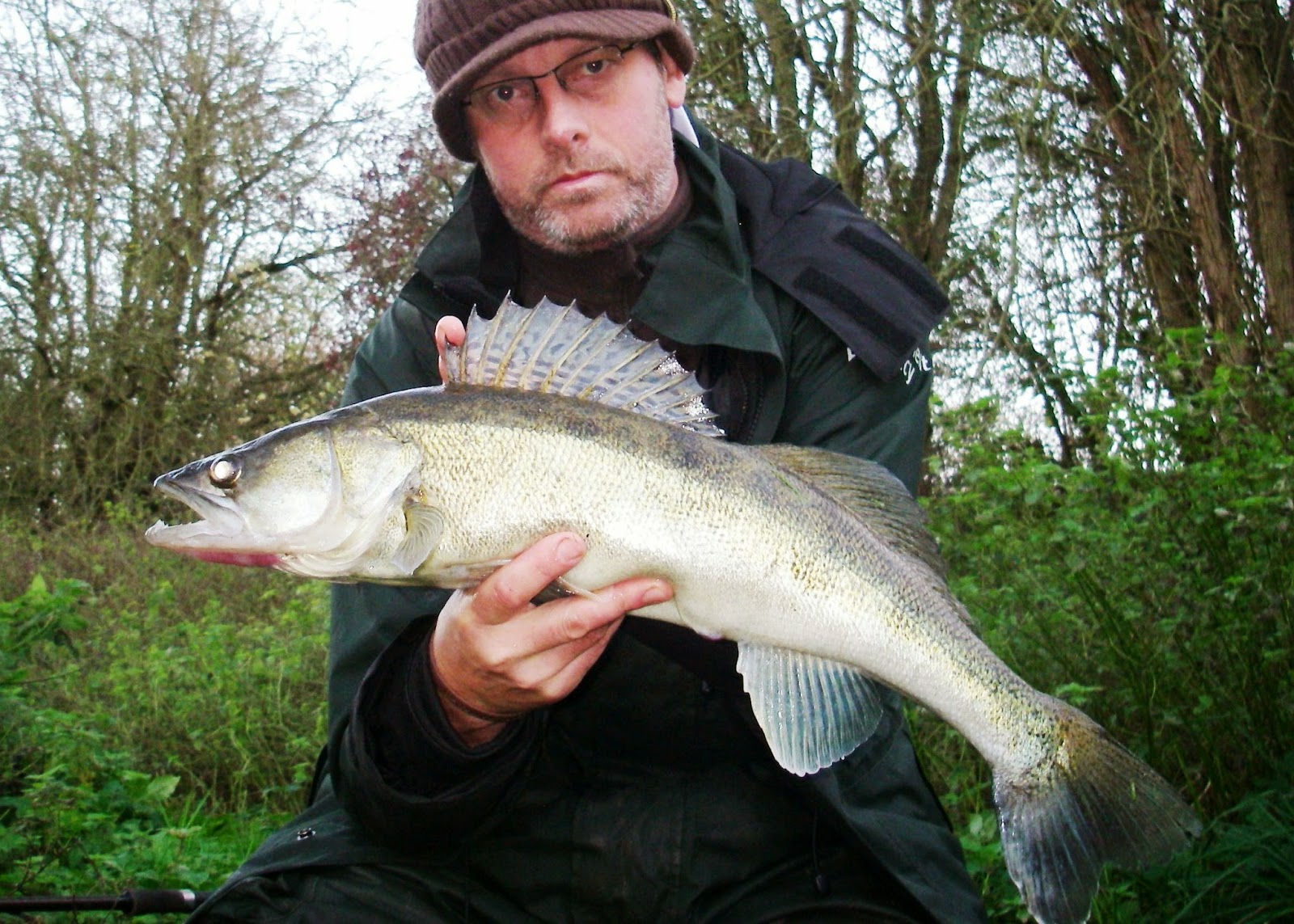 Popped another bait over in the same spot and soon had another take, unfortunately from an obligatory pike. Stayed quiet after this and into dark apart from a couple of single jabs on the downstream rod. The moon had come up by now, making it ridiculously light but also flippin' cold! Was watching a flotilla of six swans make their way slowly along the far bank and contemplating packing up when the rod over by the tree started nodding again. Wound down to be met with the proverbial "wet sack" that turned into another zander. This went into the net without a whimper despite being bigger than the first at 6lb 3oz. 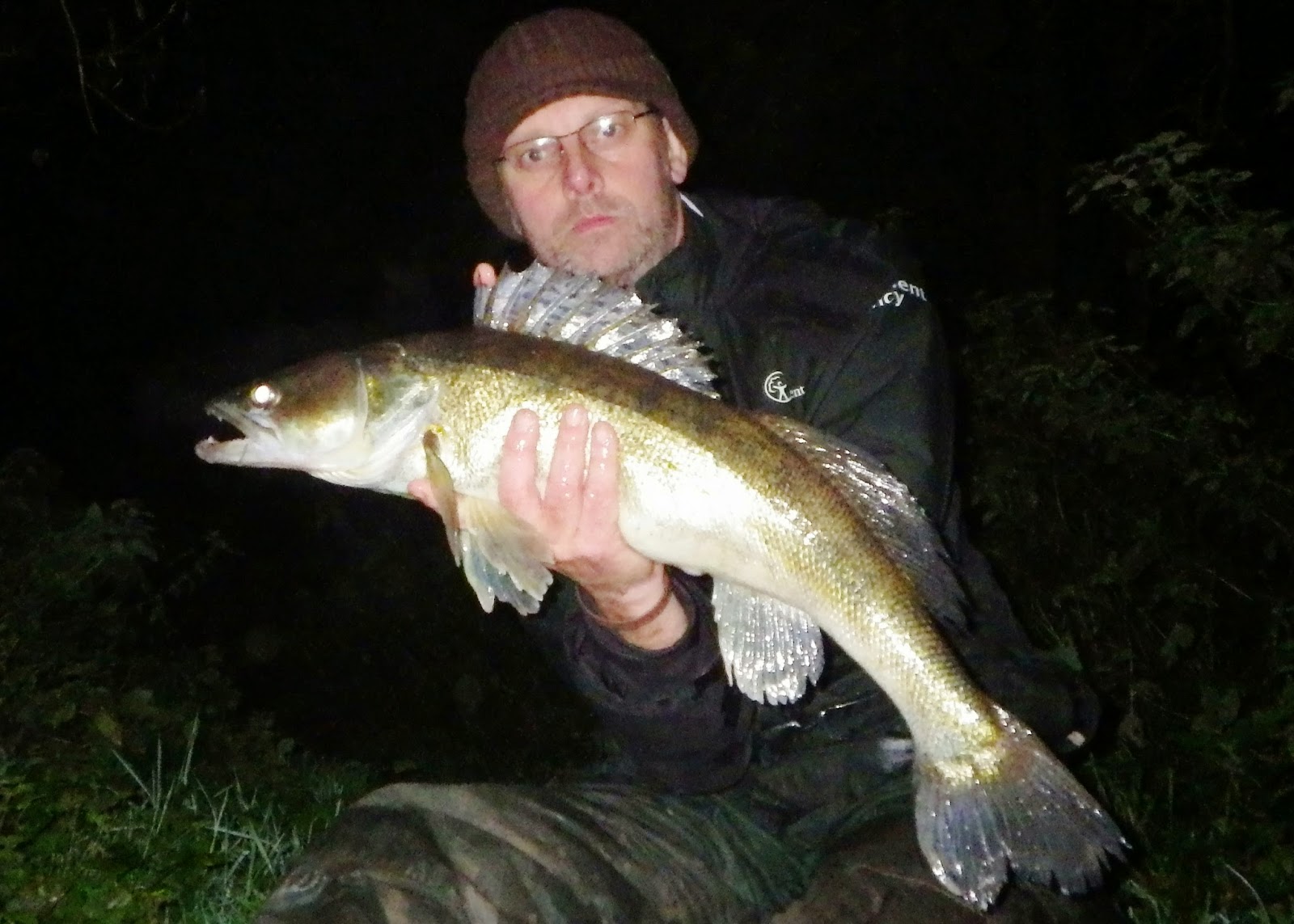 Packed up after this and made my way back to the car. A mist was rising off the river that, in the moonlight, made the scene more worthy of Halloween rather than Bonfire Night. Wasn't surprised when the car thermometer said zero degrees! Drove home pretty happy with the results of a couple of hours on a new bit of river and already planning the next session.
Posted by Toodle No comments: