After my last grayling trip, weather and work conspired against me and, before I knew it, my river season had fizzled out yet again. A consolatory, canal zander campaign never got off the the ground and it wasn't until Easter in Pembrokeshire that I managed to wet a line again. 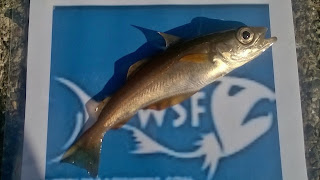 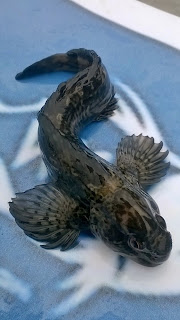 Ever hopeful, I'd put in my sea fishing gear, along with my fly rod for a bash at some brownies. However, it soon became obvious that I would not be needing the latter! Heavy rain on the days leading up to our trip and a good topping up on the Bank Holiday Monday meant that the rivers were brown and swollen the whole time we were there. Focussing on the sea fishing instead in what was a truly miserable Easter week, a few sessions on the Haven resulted in two blanks with the bait rod and just one tiny pollack and a shanny on the LRF gear! Poor water clarity and the amount of cold, freshwater in the estuary may have been a factor, but it just seemed as if nothing had woken up yet. Left Wales disappointed, but at least I was off the mark in this year's species hunt. 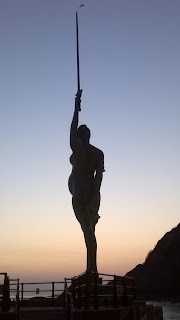 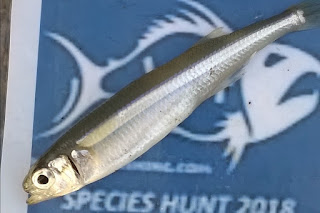 Fast forward to this weekend and I was off down to North Devon with the lads for our annual surfing pilgrimage to Saunton. Again, I'd put some fishing gear in the car in the hope of sneaking off somewhere for a couple of sessions. A phone call and a quick trip to Braunton Bait Box secured some nice fresh ragworm, whilst a look at the tide tables confirmed a suitable window of opportunity at Ilfracombe. Saturday morning therefore saw me arrive bright and early to the welcome sight of Verity outlined against a clear and brightening sky. 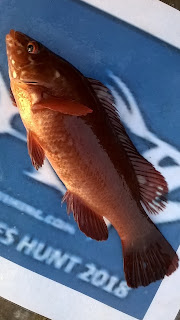 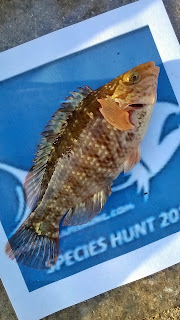 Setting up on the lower deck of the pier I started off by dropping a scaled down, two hook paternoster baited with scraps of ragworm into the gaps between the wooden pilings. A couple of small pollack were quick to oblige, followed by a surprise sand smelt. However, it soon became apparent that bites were going to be few and far between, but by dropping into a few different spots I managed to bag a colourful little ballan wrasse, closely followed by a female corkwing. 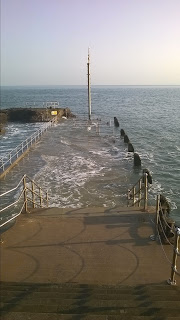 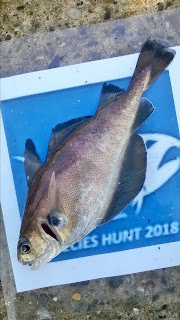 As the sun rose higher, so did the tide and I was pushed up the steps as the lower deck flooded. Relocating to the upper deck I continued dropping down the baited rig down the side of the wall. A hand-sized pollack gave me the run around before I had another surprise in the shape of a pouting. Went very quiet after this, so scraped the lead down the wall in desperation in search of a shanny. This just resulted in me finding a snag and losing the rig so, with the car park getting busy, I decided to call it a day.

The following day the weather had changed and was grey, cold and drizzly. However, after a lazy morning, we all decided to have a trip up to Ilfracombe anyway. The plan was that I would fish for a couple of hours while the others cruised the charity shops. Unfortunately, the weather was even worse when we got there so, after a quick wander and a pint in the local 'spoons, we were soon back at the bungalow. However, as soon as it brightened up, I was off again to Braunton to the River Caen with the fly rod. 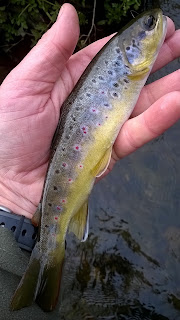 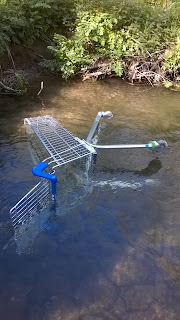 I'd already fished this neglected, little river a couple of times (getting a mention on Theo Pike's excellent website Urban Trout) for it's little, wild brownies, so I was hopeful of a few fish. Donned my chesties and slipped into he river upstream of the fish ladder, causing a little trout to shoot away downstream in the process. Couldn't see any activity on the surface, so went with the approach I'd used before - a single, gold headed, hare's ear nymph with a marabou tail and a bit of flash in the dubbing. 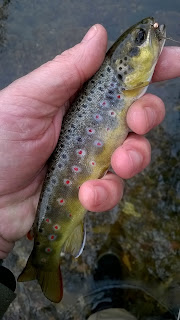 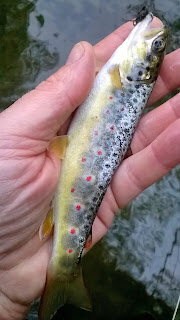 Slowly waded upstream past the urban debris and graffiti, pitching the nymph into any likely looking spots and occasionally being rewarded by a sharp tug from a spotty missile. Had half a dozen by the time I reached the footbridge over to Tesco, where I had the best fish of the day right under the noses of the oblivious pedestrians above me. Unfortunately my phone packed up at this point so, with time getting on, I decided to return to the others and check on progress with dinner.


Drove back to Nottingham the following day with reports on the radio of more cold weather to come dampening my enthusiasm, only just re-kindled by my trip to Devon. Oh well, I can always watch other people go fishing on YouTube!
Posted by Toodle No comments: