After my successful session after those Braunton brownies next up were those elusive, Devon bass. Headed off after breakfast to meet up with Joel Squires down on the estuary again. Had a quick catch up in the car park. Things sounded promising. The coastal marks weren't really producing yet, but Joel had been exploring the estuary and found a few fish. Continued our chat as we walked down to the shore. Was surprised to see that whole sections of sand dune had disappeared since my last visit. The old, wooden shipwreck had taken a battering as well - all evidence of the recent storms that had also demolished the beach hut at Saunton. 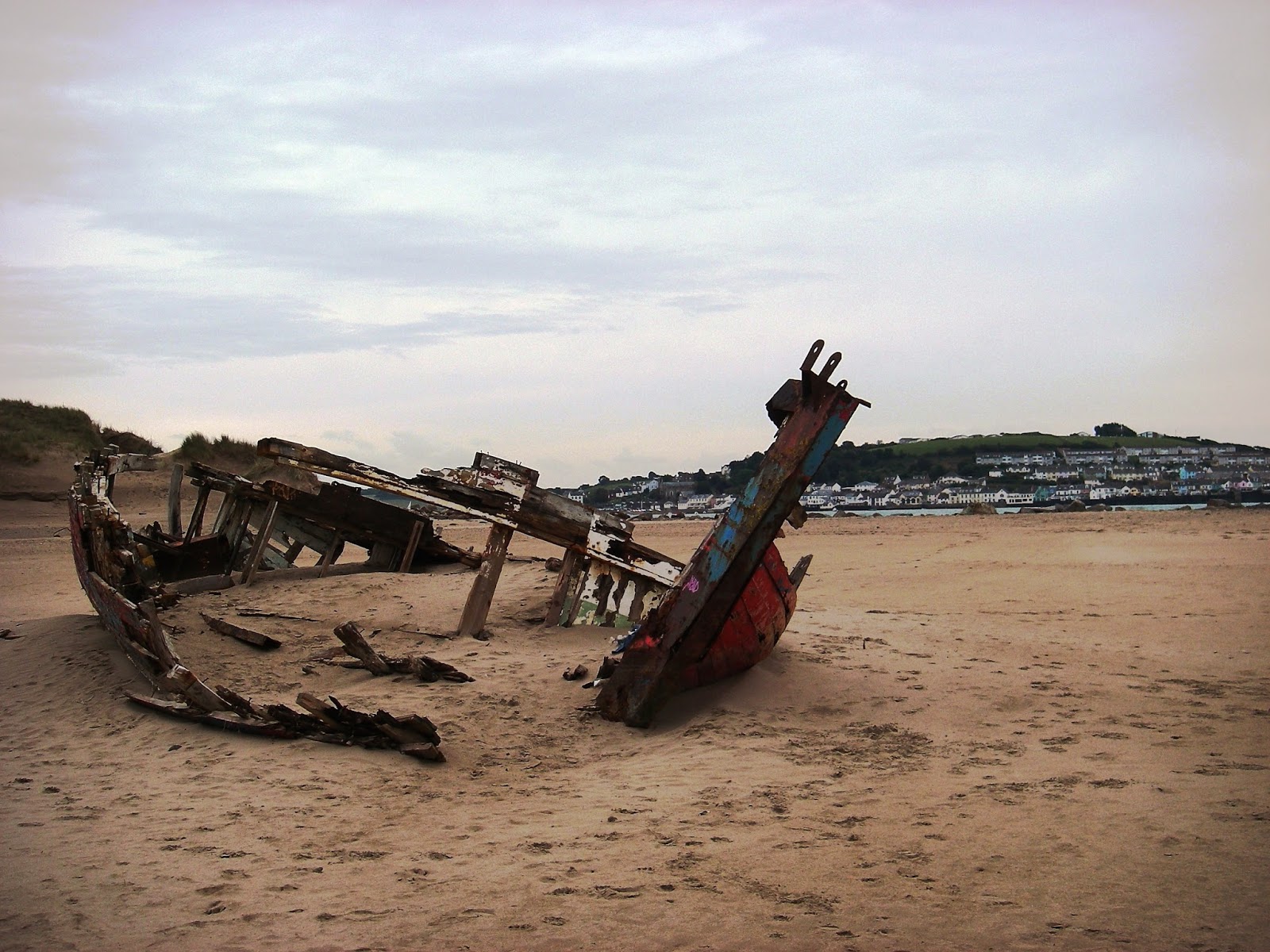 It was slack water after high tide when we arrived, so we started off on the surface lures. Didn't take long for the tide to start to turn, so we slowly moved along with it. Joel quickly had two "basslets" in consecutive casts on a Patchinko, but with nothing more coming after that it was time to move further down the shore and for a change in method. Off came the surface lures and on went 4" Daiwa D'Tails on 14g swimmer jig heads. With the tide now ebbing strongly, it was a case of casting slightly "upstream", tightening up when the jig hit the deck and then keeping in touch with it as bounced along the bottom in the flow. We'd been casting and moving for a while, when I Iooked up to see Joel hit into a good fish. 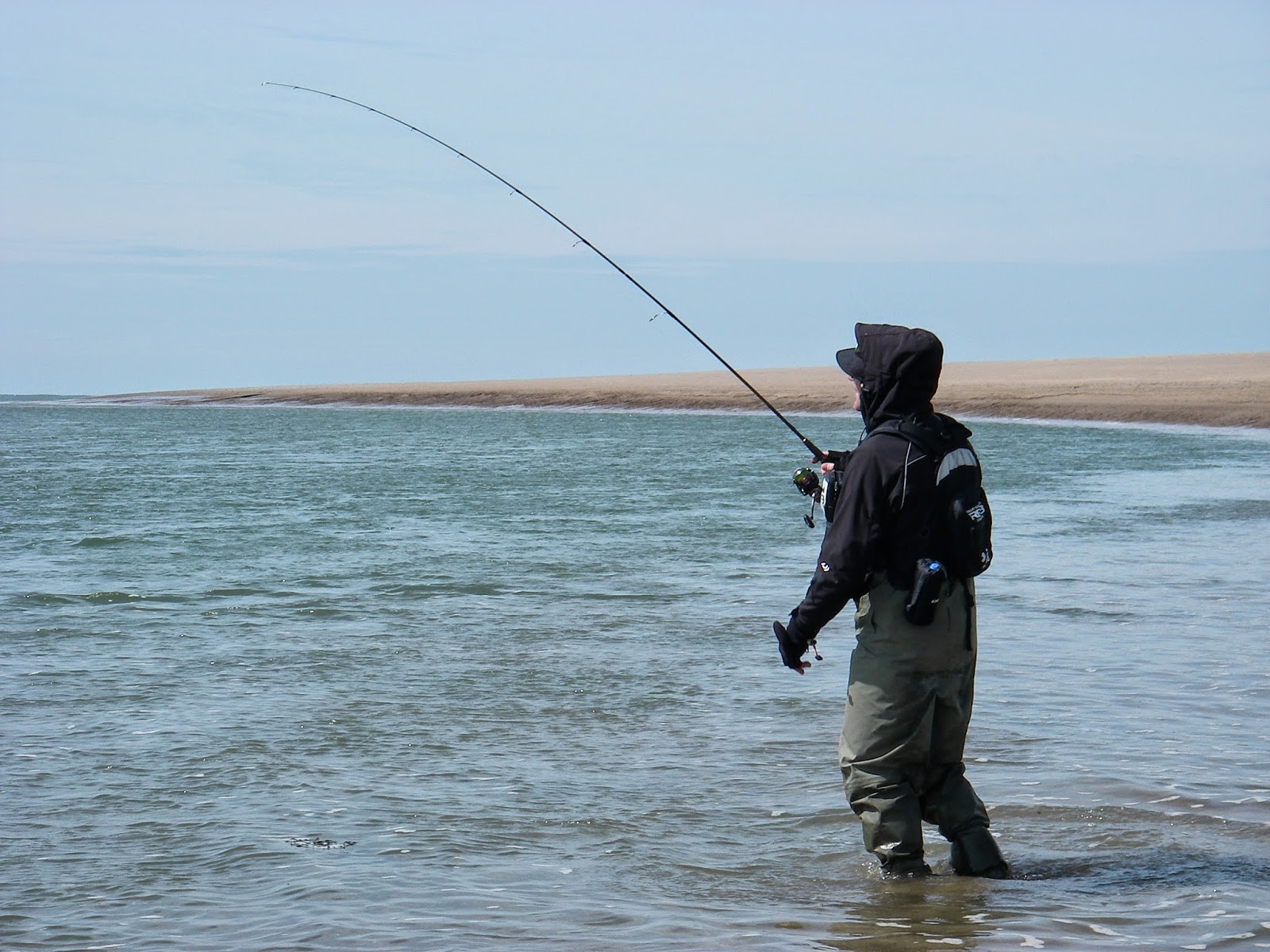 He had just seemed to get it under control when........it came off, much to his disgust! However, it wasn't long before he'd had two more small bass and a flounder (hooked fairly in the mouth). Glanced over a bit later to see his rod bent over yet again and was wondering what I was doing wrong when I had a good solid, unmistakeable clonk on the rod tip. Phew! Was just a small one, but my first Devon bass after a while trying and therefore very welcome. 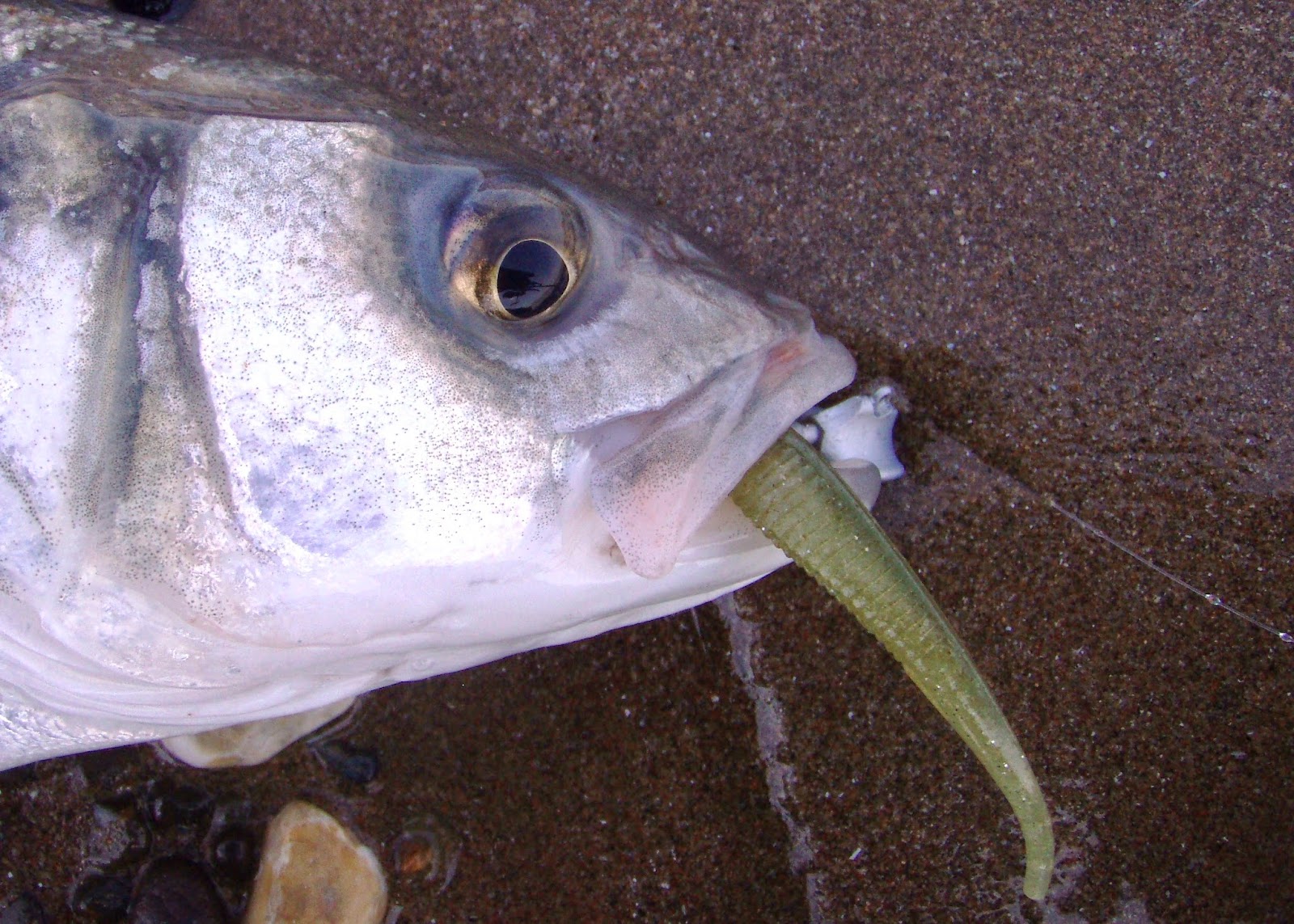 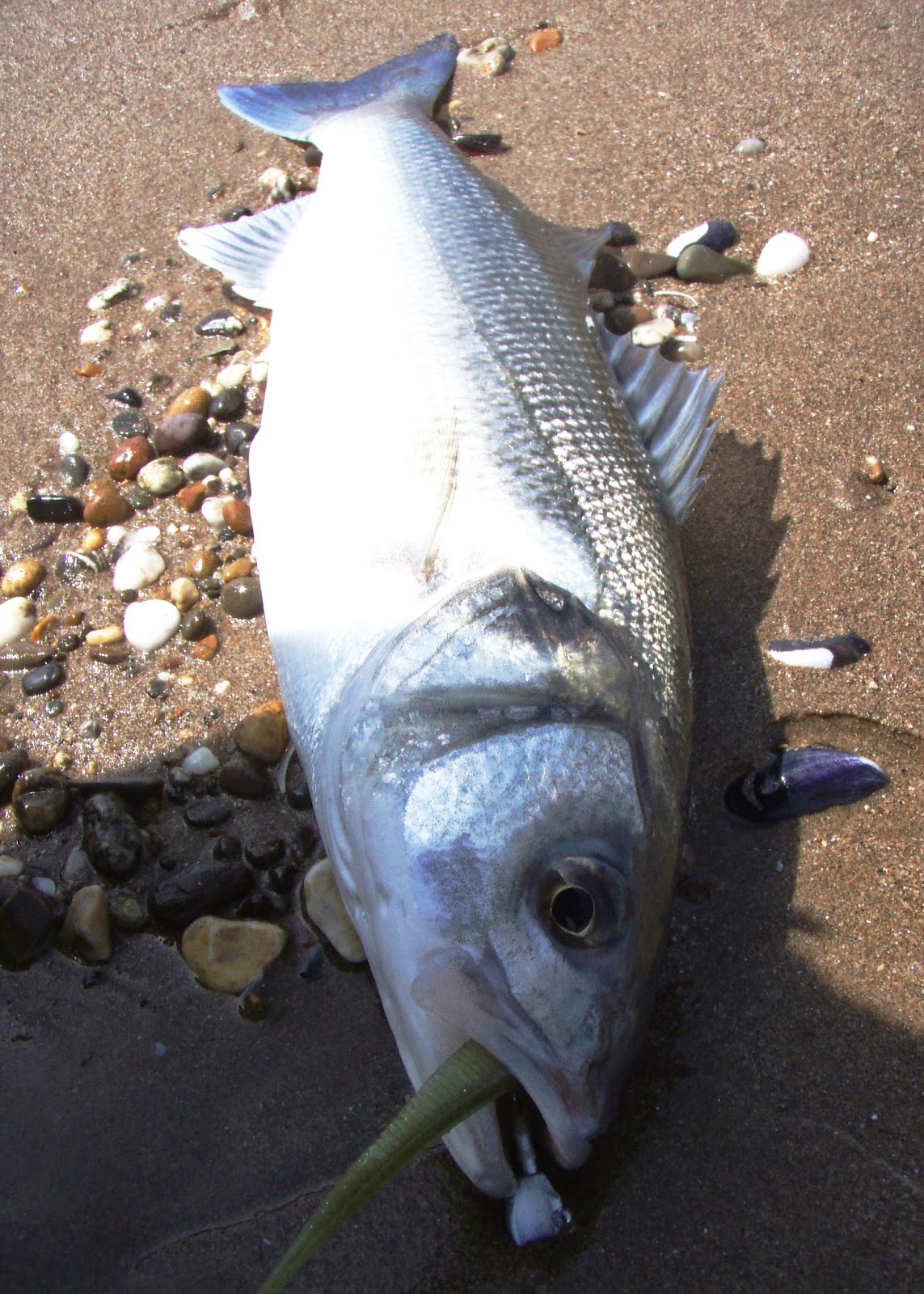 Joel's turned out to be about 2 lb. However, his next one was even better and the biggest of the day - a nice looking fish of 3 lb+. 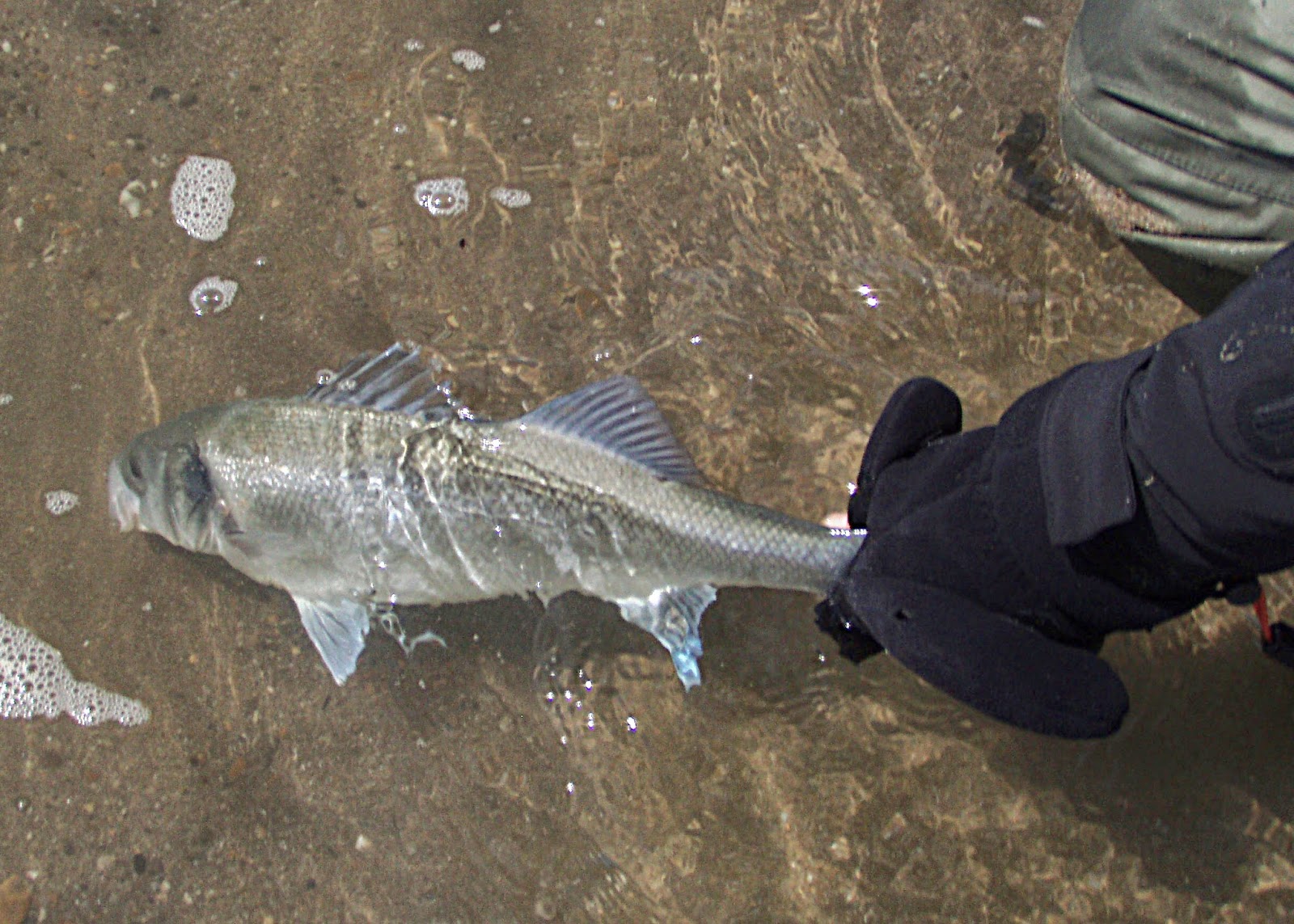 The big one goes back

Unfortunately that fish also proved to be the last one of the day, the chances of any more ebbing away as we hit low tide. We'd covered a huge distance in a few hours fishing, so the walk back to the cars seemed to go on forever. 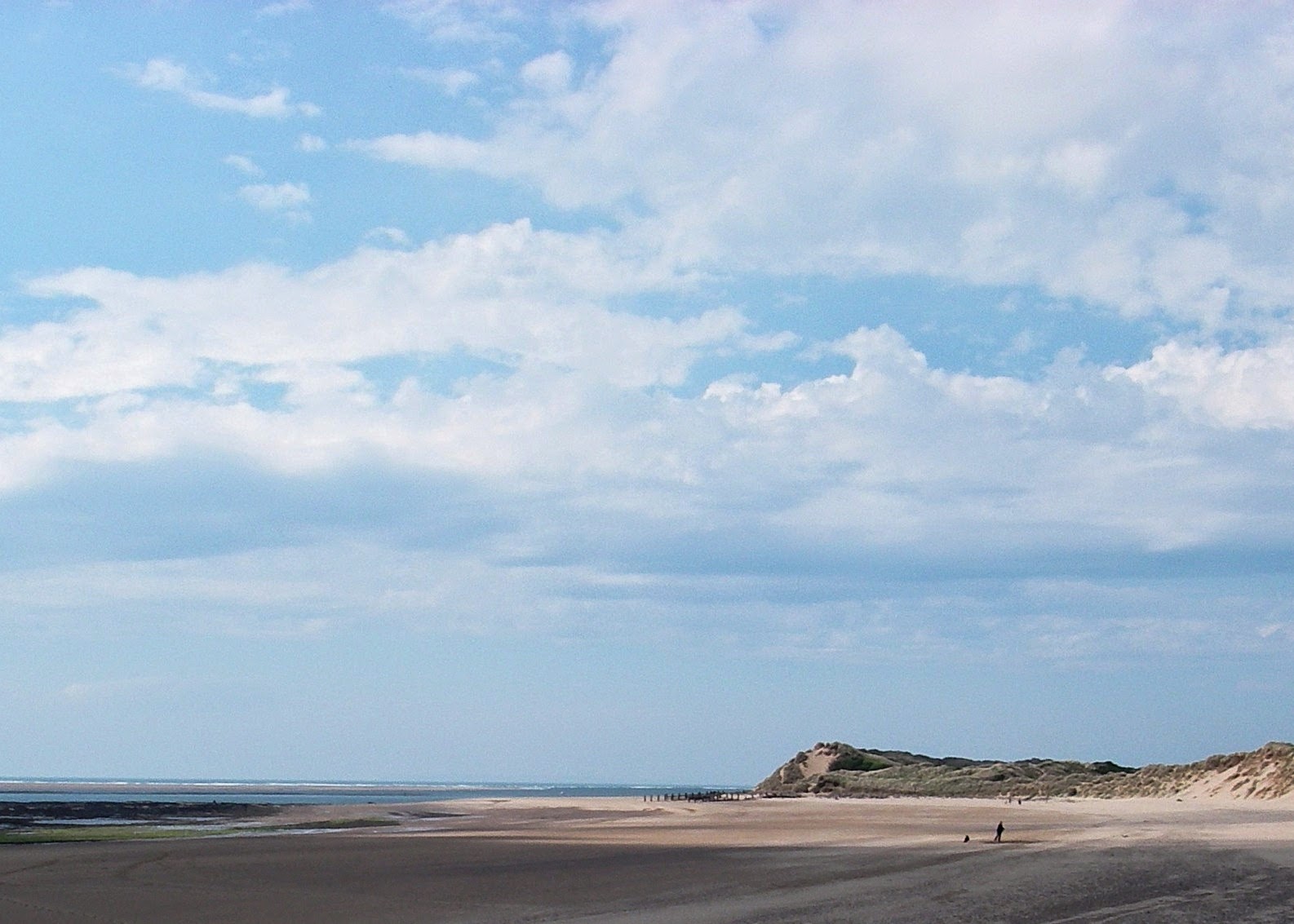 I'd also forgotten to put any sun cream on when we started, so was glowing as well as knackered when I got back to the bungalow! Was great fun though and thanks again to Joel. Check out his website via my links, or his new blog at http://joelsoul.com/, and look him up if you're ever in North Devon - he knows his stuff!