This blog entry had started off with a bit of a political rant, but I just got wound up so deleted it! Suffice to say, as a public sector worker I will be soon joining the many, many people already on picket lines up and down the country after my union agreed on strike action this week. 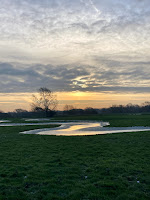 It's only the second time this has happened in my thirty years service, but as an organisation we have been under-resourced and under-paid for more than a decade now. At the end of the day, the vast majority of the people I work with are decent, hard-working individuals who just want to be paid a living wage and it's certainly sobering on Teams calls to see many colleagues, including managers, working at home wrapped up in fleeces, jumpers and coats. After all, none of us are in the position of being able to "accidentally" funnel millions into offshore accounts! However, whether the current government will take any notice, or actually care what's going on given their apparent complete disconnect with the general public is a different matter. 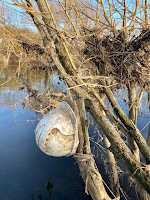 Anyway, rant over (still managed to get a small one in!) and onto the fishing. If I was to take advantage of the continued settled, dry weather it had to be during a brief window of opportunity this morning as the rest of my week was otherwise committed with work. To maximise my available time I therefore headed off to my local River Derwent and whilst it was still a tad too high for my liking I was confident that I could winkle out a few grayling provided that I could find them. In contrast to Sunday the weather forecast correctly predicted a morning temperature of three degrees that felt positively balmy in comparison. It also meant that I didn't have to waste time scraping the van's windows. Turned out that the decision to take it out for a run after it had been standing for a while was probably the correct one as it only just turned over before spluttering into life. 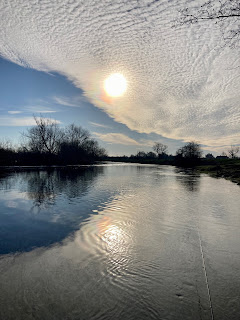 However, didn't take time for it to warm up and he was positively singing when I drove into an empty carpark a bit later. Crossed the footbridge to find the icy course that the river had taken when it burst its banks a week earlier was still visible in the fields, whilst the bankside bushes sported various items of urban flood debris. However, the river itself was nice and clear albeit a little pacey. The plan was to have dozen casts in each spot until I dropped on some fish, so headed upstream to my usually reliable starting point. The steps down to the peg were still partially submerged, but I managed to drop in without mishap and was soon running the float down off the rod tip. However, despite one small fish early on I was soon on the move. Unfortunately, subsequent spots were blank or yielded one or two fish at most and by the time I had worked my way back downstream I'd only had a handful of grayling to show for my efforts.
It was therefore Sod's Law that I should drop on them in my final swim with less than an a hour's fishing left! Hadn't made it easy for myself either as the low sun was shining straight upstream into my face. However, squinting through the glare I saw the float disappear on the first run down. 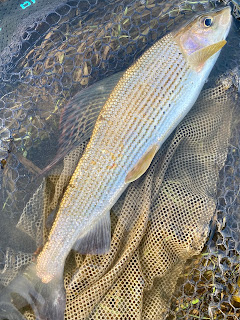 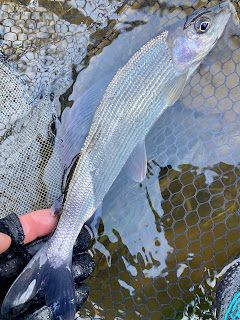 Added a baker's dozen from that swim alone before I unfortunately had to pack up, the sun now tempered by a stunning mackerel sky. Hadn't had anything massive, but it was nice to have a bit more sport on what had turned out to be a cracking morning.
Posted by Toodle