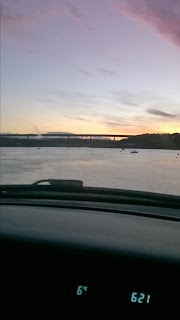 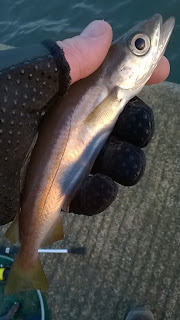 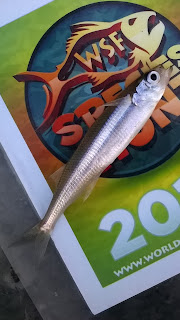 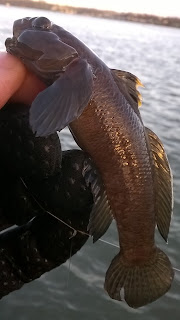 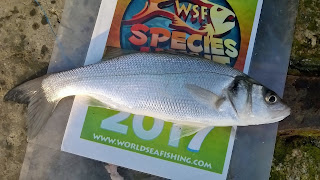 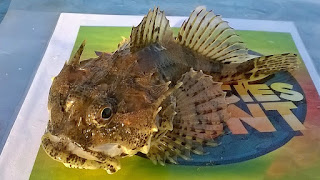 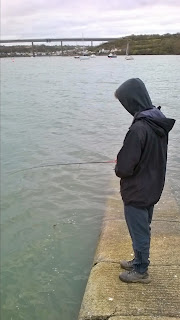 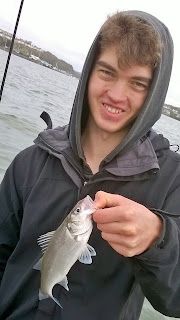 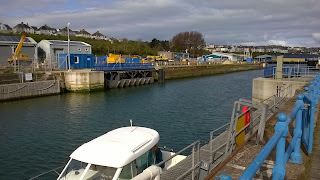 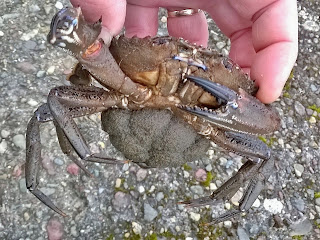 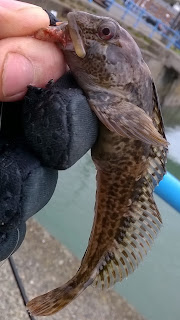 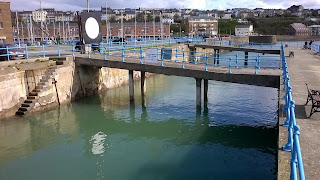 Although the tide had started to go out by now, there was a big piece of slack water between the sea wall and a concrete jetty known as the "mackerel landing". Worked my way along the wall picking up a few rock gobies, shannies and the odd pollack. Didn't have the place to myself either - I was winding in a goby when a cormorant popped up right next to me. Shooed him off only then to have a seal appear, his head bobbing up out of the water like a shiny, bobby's helmet! Was starting to get busy by now with a big party of divers getting ready to head out and I was getting cold, so I called it a day, pausing to watch the fire fighting vessel practising out in the Haven. Was disappointed not to get a couple more species, such as coalfish, but I'll be back to try again at the end of May when hopefully it'll be a bit warmer!
Posted by Toodle